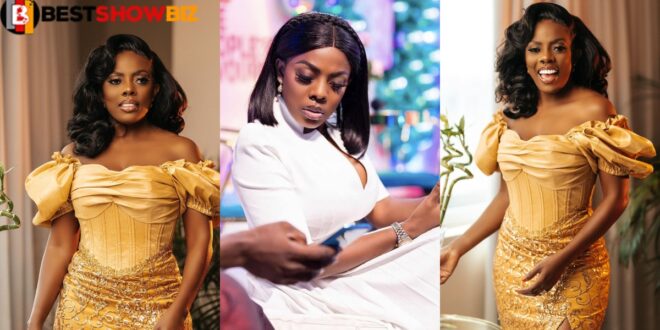 While much of the data online says she is 41 years old today, the award-winning journalist sarcastically claims she is 91 or 99 years old in some of the posts she has written to commemorate the occasion.

Nana Aba Anamoah began her birthday celebrations by uploading some lovely images on social media at midnight, as she does every year.

Many major celebrities, as well as some of her die-hard admirers and followers on various social media sites, have reacted strongly to these photographs.

Last year’s birthday was a special one for her. It will be remembered that on the same day last year, musician Fameye went to her house early in the morning with a short live performance to kick off her celebrations.

She also received a message from Manchester United player Juan Mata in the afternoon, wishing her a happy birthday and revealing the controversial new Range Rover gift.

Bestshowbiz.com wishes her a happy birthday and hopes she receives all she desires.

Take a look at the birthday images below.