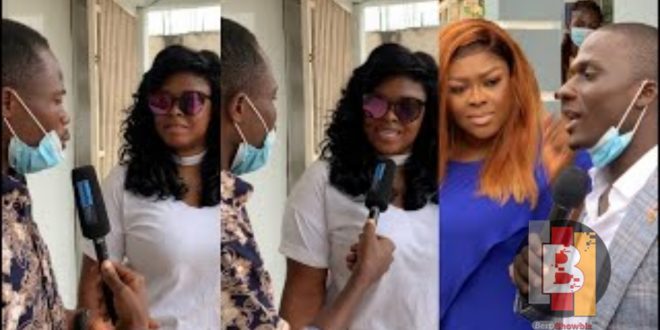 “zionfelix and Mina’s relationship started as friends with Benefits”

Blogger Zionfelix and his fiancée Mina have recently made headlines after it was revealed that the blogger secretly married an Italian-based Ghanaian artist named Erica.

Since the news went viral, many individuals have come forward to tell what they know about the tale, but Zionfelix has maintained that he is not married and that he is still in a relationship with Mina.

Aba the Great, an Instagram blogger, has joined the ranks of those who are sharing their information and has made some stunning disclosures about the two.

Mina started the relationship because she was receiving advantages from Zionfelix, but after witnessing how well he was doing, she chose to remain permanently, according to Aba in a long Instagram post.

She said that since Zionfelix reached a million Instagram followers, he has been sleeping with every woman who crosses his path.

Read the rest of the article here:

Gentility for roadside, tug of war for house the gist be say, ever since dude hit 1million followers on IG, he’s been sleeping with girls with that achievement back to back without discretion.

We ve heard sis caught him twice in bed with other girls already. Sis is going through emotional torture… And y’all know how dude gets away with “murder” right, By putting his head in between sis b00bs to beg for forgiveness. Sis is unable to walk out because of the privileges she is getting.

She sees a lot of girls lined up already to take over so she is acting the “forgiving Chioma”in the story. Now let’s break this down for you… sis started this relationship on benefits, hoping to hit and run but saw progress around dude so decided to embrace and fall in love, y’all know sis has a son already before meeting dude and so she feels it will not be easy to find someone to throw around and to sort her out.

well the painful part is, she settled with an immature guy, not only is she older than him but wiser than him… dude is living his dream now, meeting younger blood and sleeping around charkacharka. He never saw this type of progress coming his way.

He is overwhelmed and has lost focus in the moment. And since sis don’t want to give her haters the satisfaction , she would rather stick around and make y’all think everything is working out… sad how women think it is okay to sacrifice their lives for some piece of donut… I want a whole donut mehnn.

Can’t settle…… besides I don’t see dude to be a smooth talker. Not that special at all… sis should get her groove on and weigh options, see if life is worthwhile around flower boy. Looking at how he is nu di3, it will take grace for growth….