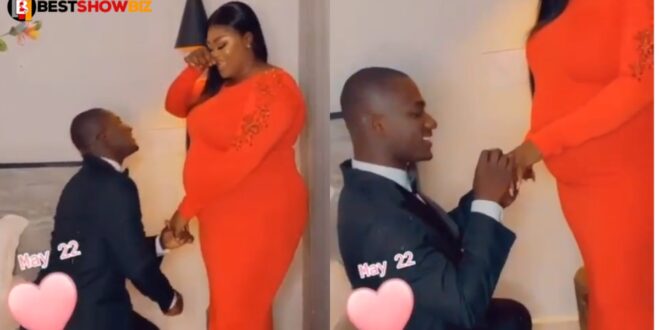 Popular Ghanaian blogger Zionfelix, also known as Felix Adomako Mensah in personal, has been in the news for quite some time now.

This comes on the heels of reports that he had two babies in a matter of weeks with two separate women.

Mina Lawal, a.k.a. Minalyn, Zionfelix’s well-known girlfriend, was the first to announce her pregnancy.

She shared adorable baby bump photographs with the blogger, confirming earlier rumors that she had given birth to a daughter.

Erica Amoa, an Italy-based lady who is believed to have been in a relationship with the blogger, appeared not long ago when it was disclosed that she was expecting Zion Felix’s baby and that Zion had promised to marry her..

In these circumstances, one would think Zionfelix was confused between the two females.

However, it appears that the blogger has made a decision between the two, and he did so a few months ago. He preferred Minalyn to Erica.

A current video that has popped up on the internet indicates that Zionfelix has already proposed to Minalyn and that they may get married eventually.

The proposal took place in May during their maternity photoshoot.

Zionfelix in the video is seen going down on his knees and asking Minalyn if she was going to marry him, to which she promptly answered, “Yes.”

Zionfelix then proceeded to place the ring on her finger, to the delight of everyone present.