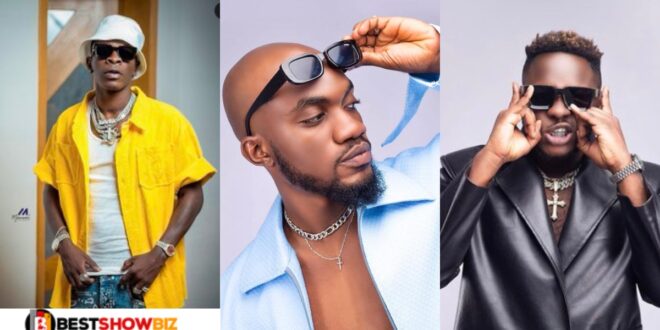 Mr Drew is one of the few Ghanaian artists or celebrities that have shown sympathy to beleaguered musicians Shatta Wale and Medikal after they were remanded in police jail.

Mr Drew has pledged his unwavering support to the two as they endure the next three days in the chilly cells.

In a tweet, the “Mood” singer stated that he believes the two will be stronger once the dust has cleared on their case and their rights have been restored.

I know you are both strong people ..and you are going to pull through this .. I am with you broskis

Medikal was held in police detention for 5 days for flashing a pistol on social media, while Shatta Wale and two others were detained for 7 days for fabricating a fake about an attack on his life.

Meanwhile, Shatta Wale is said to have been transported to Ankaful Prison in Ghana’s Central Region. The Ankaful Prison is one of the country’s hardest jails, housing hardened offenders, murderers, and serial killers. It’s not obvious why an entertainer was sent there.