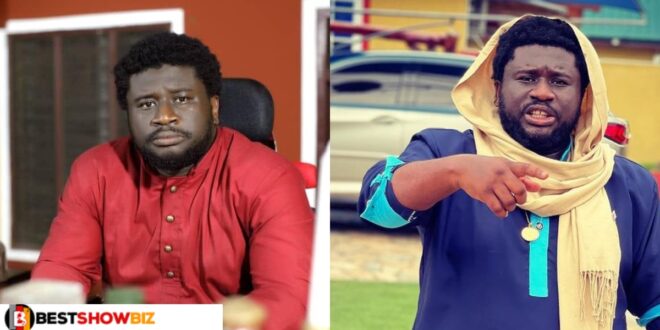 Ajagurajah, a Ghanaian prophet, has issued a severe warning to men to avoid letting their ladies hold their p3nis and claim it as theirs during s3x.

During an interview with Zionfelix, a man of God disclosed that there is no prohibition in the Bible against a lady giving a man head or a man giving a lady head.

According to him, the holy spirit told him that a guy should never let his lover to suck his d!ck, after which she would hold it and exclaim, “You are mine and nobody can take you,” since it is a curse.

Ajagurajah went on to say that any man who enables a lady to do that to him would not flourish because the lady has cursed you and terrible things will follow you whenever you touch another lady.