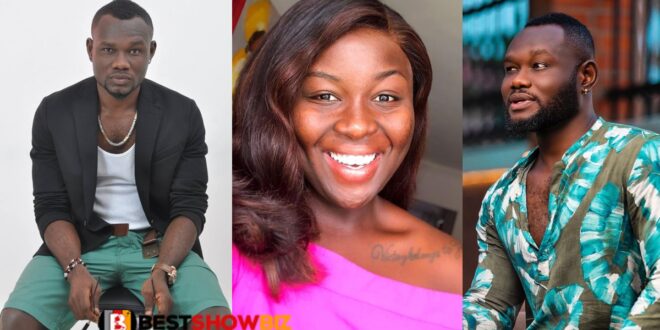 Ghanaians have slammed him for his dead brains and hypocritical behavior in recent days after he suggested that if we change our greedy and hostile mindsets, the country will magically fix itself.

He is been chastised for his dumb viewpoint, and you can tell he is not happy about it.

Prince David lost his cool and rained abuses on media personality MC Yaa Yeboah after she took him to the cleaners in a video.

According to him she’s as ugly as his ‘tr*mu’ – a very enlightened rebuttal to his idiocy being exposed.

Unfortunately, we give far too much attention to rubbish in Ghana, and someone as obviously mentally ill as Prince David should be treated as a nobody rather than a hired puppet for a failed administration.