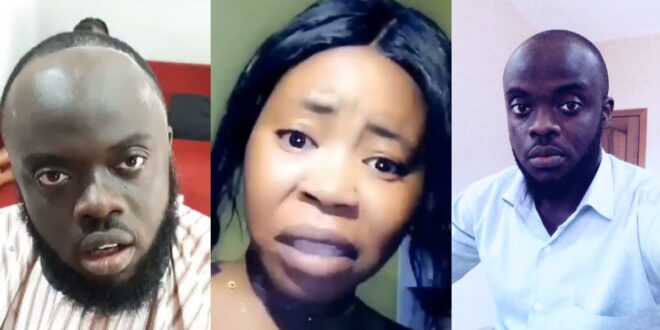 After telling their SM boss Shatta Wale to make sensible music, a Shatta Movement fan went after Content Creator Kwadwo Sheldon.
This comes after Content Producer Kwadwo Sheldon blamed Ghanaian musicians for not earning Grammy nominations due to their incomprehensible songs in a video posted to his YouTube Page.

He also urged them to invest in their craft, saying that if they do not, no Ghanaian artist would ever win a Grammy.

Shatta Wale, in a Facebook live video response to Kwadwo Sheldon, did not take his remarks lightly.

Kwadwo Sheldon, according to Shatta Wale, has a show called Yawa of the Day, which he uses to share derogatory information about Ghanaian musicians.

In a video circulated on social media, an SM fan called Nana Efya Lortty is seen criticizing kwadwo sheldon.
Kwadwo Sheldon, she believes, should not come and use Shatta Wale’s career to restart his own.

She humiliated Sheldon even more by comparing his head to that of a toilet.