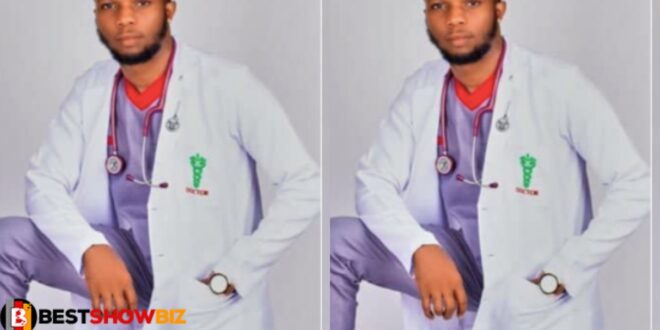 A Nigerian doctor has turned to social media to claim that a man’s girlfriend is more likely than a prostitute to give him HIV.

According to Dr. Penking, a young man who goes by the handle Dr. Penking on Twitter, an NGO tested all the prostitutes in a brothel for HIV but found no positive cases.

He explained that this is because call girls are cautious since they understand how dangerous their business is, and they rarely allow their clients to sleep with them without protection.

A girlfriend, on the other hand, has unprotected s*x with her partner and also does so with other men, leaving her partner vulnerable to the deadly virus, according to Dr. Penking.

“An NGO did HIV testing in a brothel yesterday,” he writes in his post. They did not get a single positive person. Surprisingly, your girlfriend has a higher chance of being HIV positive than a prostitute! tutelage This is due to the fact that your girlfriend will let you and two other people hit raw. Always use a condom.

[email protected] is the name of the NGO, and it is dedicated to delivering free healthcare to the most needy people in Nigeria and Africa.”

Contact with contaminated blood, sperm, or vaginal secretions can transfer the virus. Flu-like symptoms such as fever, sore throat, and exhaustion can appear within a few weeks following HIV infection.

Then, until it evolves to AIDS, the condition is usually asymptomatic. Weight loss, fever or night sweats, weariness, and repeated infections are among signs of AIDS.

Although there is no cure for AIDS, meticulous adherence to antiretroviral (ARV) regimens can significantly slow the disease’s progression and prevent secondary infections and consequences.

Popularly known as the webmazta; Cobby Collins is an established web designer, a computer instructor, and content creator. You can contact him via email cobbycoll[email protected] or via Whatsapp only on +233204875306