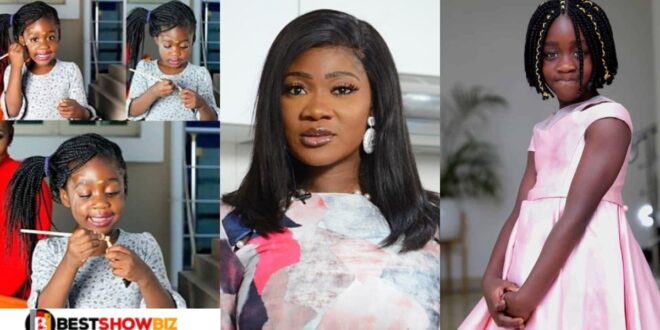 An Instagram user known as @thenancychidra has continued to criticize Nollywood actress Mercy Johnson for her comments about her daughter, Purity, being tormented by his instructors.

The lady has returned on the internet to reiterate her viewpoint after the actress complained about her kid being harassed by a teacher at her school since the instructor doesn’t like her.

After coming out to weep about the tragedy, Mercy Johnson also stepped out to write her side of the tale, which has since set the way for succeeding plays.

Mercy Johnson, on the other hand, took to Instagram live to refute the lady’s accusation, claiming that she did not bring thugs into the school to beat up teachers.

The lady doesn’t appear to be through dragging Mercy Johnson as she has returned on Instagram live to declare Mercy Johnson’s kid isn’t the only celebrity child at the school, so there’s no need for the instructor to single out her child for maltreatment.