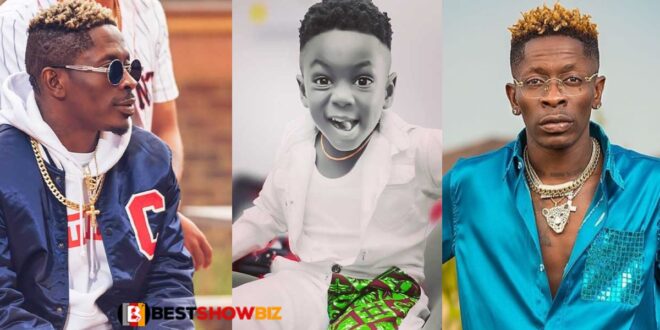 Your angry face like your father, Shatta Wale – Fans react to Majesty’s face in new video

Fans have concluded that Shatta Majesty, the son of dancehall artiste Shatta Wale, looks like his father in a recent video.

Majesty was seen making different looks depending on his emotions in a new video.

In the background, a voice, maybe his mother’s, asks him to make a happy face, a sad face, and an angry face.

Some people have pointed out that Majesty looks a lot like Shatta Wale when he makes his angry expression.

Others claim that his happy and sad faces are identical.