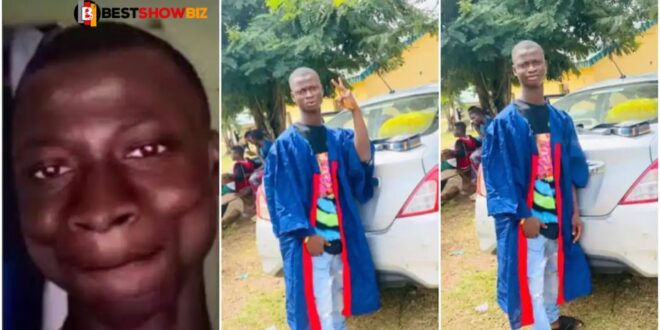 The viral photo of a popular Nigerian meme youngster is now a student at a higher school.

He recorded a video a few months back in which he showed off a bunch of N1000 notes, playfully claiming that he is now wealthy, and asked who would be paying him a visit.

His amusing facial expression, with his cheeks, pulled in, rapidly became a social media meme. It is, without a doubt, Nigeria’s most popular WhatsApp sticker.

The young man posed in a matriculation gown and proclaimed that he is now a student in a post on Thursday, July 1. He thanked God for the accomplishment.