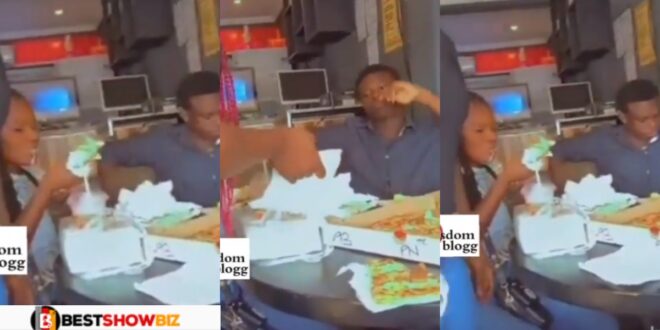 A video that has gone viral on social media shows moments when a young man who invited a lady on a date showed up with her buddies on the date.

The young man, who couldn’t believe the lady was so immature to come along with her pals to a private outing to which he had invited her, was observed sitting enraged while the ladies ate pizza that he had purchased for the two of them.

In the footage, the unsatisfied man can be seen sitting and watching the ladies buy meals and beverages for him to pay for.
Many people who saw the video have hurled comments at the lady, with some even claiming that she organized the whole event with her friends in order to drain him.