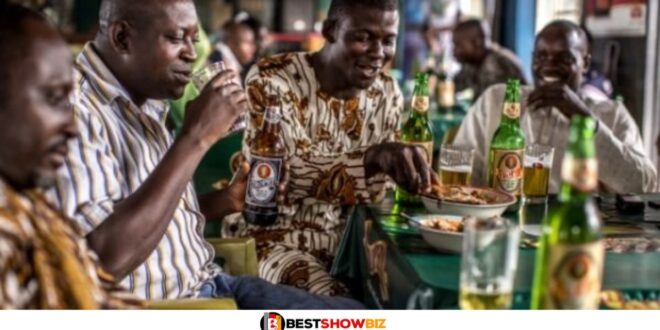 A young guy is alleged to have died while competing in a drinking contest, with 300gh set aside as the prize money for the winner.

The young man, whose name has not been disclosed, is alleged to have died on the spot after consuming three shots of raw gin and was going to move on to the next shot.

A guy named Joseph Barnabas rushed to social media to disclose the terrible occurrence, revealing that the prospective winner was drinking his fourth bottle of alcohol when he died on the spot on Sunday, 26th 2021.