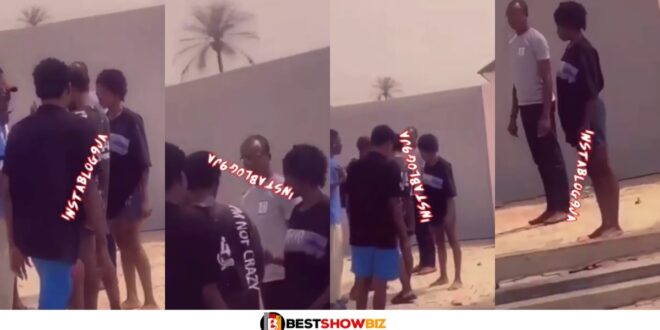 A young man was caught on tape confronting his girlfriend and demanding that she return the phone he had purchased for her after she allegedly cheated on him.

Video of the guy and his companion approaching the young lady in Ibadan, Oyo State, to ask for the phone he bought for her has gone viral on the internet.

An argument and exchange ensued as both the lady and her boyfriend tried to take the phone back from each other with force.

Other males standing nearby noticed the incident and rushed in to help when they observed the young man and his companion attempting to manhandle the lady.