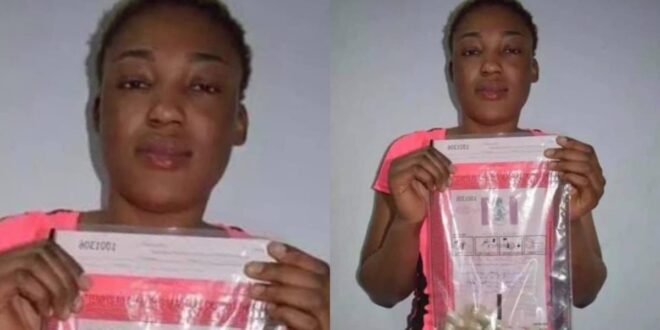 Young lady arrested at airport after she put 18 wraps of heroin in her [email protected]!na

The Nigerian Narcotic Drugs Enforcement Agency (NDLEA) recently arrested a woman from Chad who had 18 wraps of Heroin in her vaginal region.

Vivien Tarmadji, a Nigerian minor, was detained at Abuja Airport on her way to board an Ethiopian Airlines flight to Italy.

Vivien Tarmadji, who owns a saloon in Italy, said she was approached by a man who called her from Italy and asked her to retrieve the drug from a man who sent it to her in a Lagos hotel.

She is reportedly being held in detention while the case is pending.