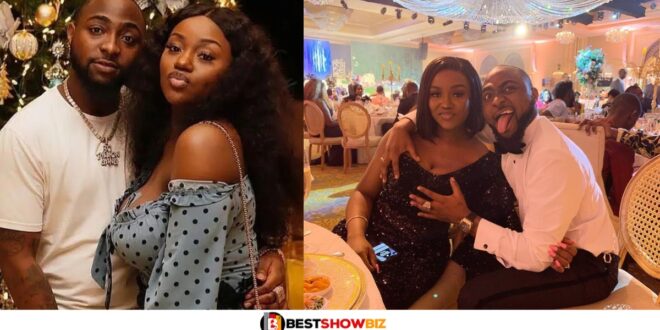 David Adeleke, better known by his stage name Davido, is a well-known Nigerian musician. In a post, he replied to a threat made against his baby mother, Chioma, by a troll.

Although Davido and Chioma do not have a romantic relationship in any shape or form, they are now close friends and have shown this on social media numerous times.

One of Davido’s baby mothers, Chioma Rowland, congratulated Adewale Adeleke on his most recent purchase, a customized Bentley, on his Facebook page. “Congrats dude,” she said as a comment beneath the post.

It appears, though, that Chioma’s innocent comment under Davido’s brother’s post did not sit well with a troll by the name of BigHush7, who called Chioma rude.

He claimed that if he had been in Adewale’s shoes, he would have smacked Chioma before asking her to clarify what she had said.

“You’re rude. If na me I for slap you. Rephrase your sentence with respect”, the troll said.

When Davido saw the troll’s message, he inquired as to whom the troll was threatening to smack and added that he should place a wager that the troll would flee Nigeria.

“You go slap who? Ok you go run away from Nigeria. Bet it”, Davido wrote.

Read Also  Mzvee reveals when she will get married (details)