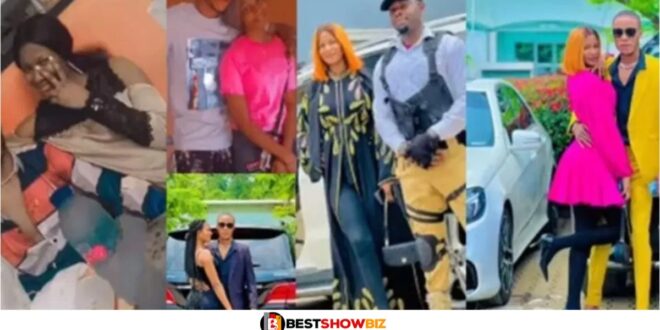 “You were with me when i had nothing, now that I am rich we will enjoy”- Man appreciates his loving girlfriend (video)

An appreciative young man takes to social media to express his gratitude to his partner for remaining loyal to him in spite of the many cuisines and other outside influences that were intended to disrupt their relationship.

According to him, the two of them started dating way back when they were in school, despite the fact that a lot of people made fun of him and tried to dissuade the lady from having anything to do with him due to the fact that he was broke.

He lauded her for her unwavering support up to this point, particularly in light of the fact that she had not listened to those who disapproved of their relationship.

He also added that during the difficult times they had the experience of starvation and crying together, but that those days are behind them now and everything is better.

Because of all the things she did to help him, his life has recently taken a turn for the better, and he wants her to know that he will not let her down when it comes to having fun.

He posted a video on social media that detailed their romantic history, beginning with their time spent together in college and continuing up to the present, when he is supposedly thriving.

They were seen leaving in fancy cars accompanied by bodyguards, and he appeared to be dressed impeccably while she looked absolutely lovely.

Watch the video that may be found here: