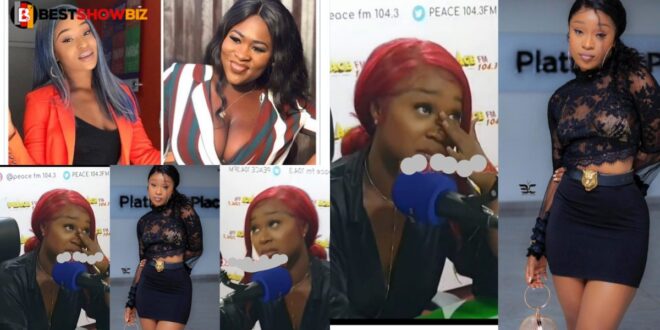 Sister Afia and Efia Odo have picked up the beef baton from fiery personalities Ayisha Modi and Afia Schwarzenegger to spin their own tales of enmity.

Sister Afia has been going on Odo since his iPhone 13 remark, which appears to have ruffled feathers and harmed the pride of some of these celebrities.

The former Kwese TV host had previously stated that buying the new iPhone 13 and flaunting it on social media was “embarrassing” for any celebrity.

She expressed herself as follows:

Sister Afia, despite not toeing the same line, was offended and fired rounds at Odo. She responded by referring to her as a p*ssy ass bitch.

According to the context of this report, Afia has responded by claiming that when she met her enemy in person to discipline her, she shook like she had typhoid fever.