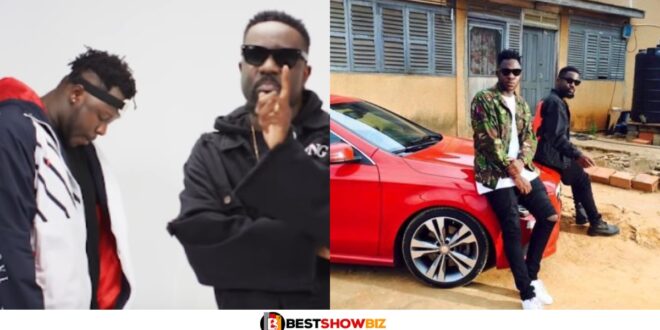 “You made me famous with the feature on my song ‘confirm’ in 2015, God bless you”- Medikal praises Sarkodie

Ghanaian rapper Medikal has resorted to social media to shower love on Sarkodie, thanking him for recording a verse on his popular song, Confirm.

The year is coming to an end in just two days, and Medikal has come out to recognize certain Ghanaian musicians who have played a significant role in the industry’s ascension.

Medikal hailed the likes of Cris Waddle, Shatta Wale, and Sarkodie in a string of gratitude tweets seen on the Omo Ada hitmaker’s Twitter profile.

According to him, he would be eternally thankful to Sarkodie for being so generous to support him even when he was a nobody attempting to make it in the music world.

Medikal said in his post that Sarkodie didn’t even charge him a dollar for his contribution to the tune that catapulted him into the spotlight and got people talking about him.

Years later, Medikal has become a huge celebrity in the industry, with a large fan base following, money, cars, mansions, a wife, and one daughter with Fella Makafui, whom they called Island Frimpong.