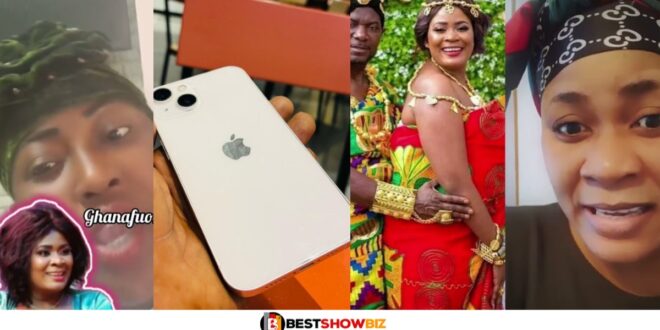 Nana Sarfo, the husband of Nayas, is said to have requested the iPhone 13 that his best friend, Owura, promised to provide to his wife.

According to what was disclosed by Nayas in the audio recording that went viral, Owura had promised her an iPhone 13, but he ended up taking the phone away after they had many sexual encounters.

The woman stated that she had expected Owura, the best friend of her husband, to assist her in resolving the issues that were affecting their marriage; nevertheless, he took advantage of the circumstance in order to have sexual relations with her on many occasions.

Despite everything that took place between Nayas and Owura, Nana Sarfo has forgiven her and is willing to have her return to his home in Hamburg.

TikToker Maa Linda claims that she spoke to Nana Sarfo, and that he told her that he will compel his closest friend Owura to keep his pledge to Nayas.

According to the Ghanaian TikToker based in the UK, Nayas’ husband claims that because Owura used the iPhone 13 to have sexual relations with his wife, he is obligated to keep his pledge and return the iPhone to his wife.