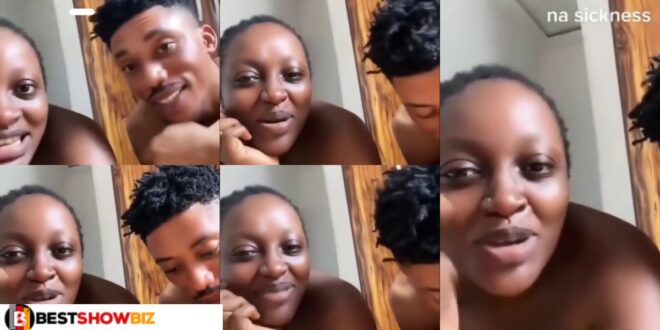 Some men would always go out of their way to impress women, but when the time comes for them to prove their worth, they invariably disappoint.

This was the example of a young man who got himself into a lot of difficulties.

A woman made a video in which she confronted the young man about his failure to move her womb as promised.

In response, the young man stated that he was suffering from malaria and that this was why he performed poorly in bed.

He did, however, request that the lady schedule another match so that he could demonstrate his bedroom prowess.