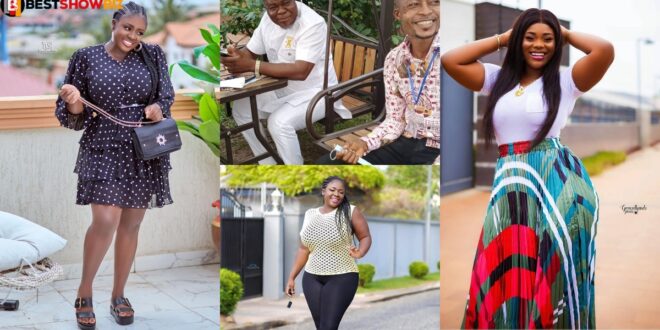 “You gossiped about your friend, broke her marriage and took her husband” Tracey Boakye accused by popular Instagram blogger.

Tracey Boakye has been chastised for her hypocrisy. The actress got herself into trouble as she tried to give advice to people who were hating on her.

Tracey Boakye resorted to social media to tell her followers to stop hating innocent people since they can never own what they have.

Tracey also suggested that instead of being wicked and hating innocent people for no reason, people should focus their energy on making a better life while they are still young.

Tracey Boakye is being attacked, despite her wonderful advice; her own evil has caught up with her.

According to the blogger, Tracey is so nasty that she is willing to do anything for money.

After sleeping with her husband and becoming pregnant with him, Tracey Boakye wrecked Akua GMB’s marriage and broke her home, she revealed.

Tracey Boakye is a very nasty and evil woman, according to Those Called Celebs, and while she appreciates her counsel, she needs to change her heart as a person.

When it comes to the breakup of Akua GMB and Dr Kwaku Oteng’s marriage, Tracey Boakye’s name has always been cited. She is identified as the individual who ended Akua’s marriage.

Tracey and Akua GMB used to be friends, but their friendship has come to an end as a result of the rumors.