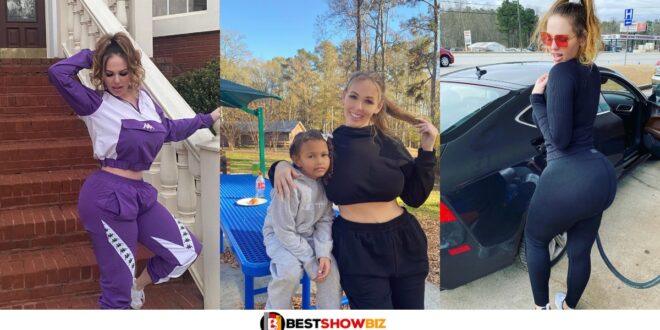 “You flew to Ghana for prostitution when you have a daughter”- Netizens blast model who died in a hotel room in Accra.

Following rumors of her death in Ghana, some enraged Americans descended on model Tiger Booty’s Instagram profile to trash her.

They can’t believe Tyger Booty abandoned her little daughter in America to engage in prostitution in Ghana.

They pointed out that it makes no sense for the model to travel all the way from the United States to Ghana for a rumored call girl job when she is responsible for a child.

They have, however, warned IG wh#res to learn from Tyger Booty’s demise.

Tyger Booty, an American Instagram model, was found dead in a hotel room in Ghana following a vacation with a Ghanaian millionaire.

Tyger Booty was believed to have taken a paid vacation to Accra to be a ‘runs girl’ for her millionaire friend and his companion at a party, but she was discovered dead in her hotel room.

The reason for her death is unknown, but some suspect foul play.

Also, no information about the wealthy Ghanaian billionaire at the center of this controversy has been published, although the article claims he has deep links to the NPP regime.

Tyger Booty had left behind her young daughter.

Take a look at the photo and screenshot below;