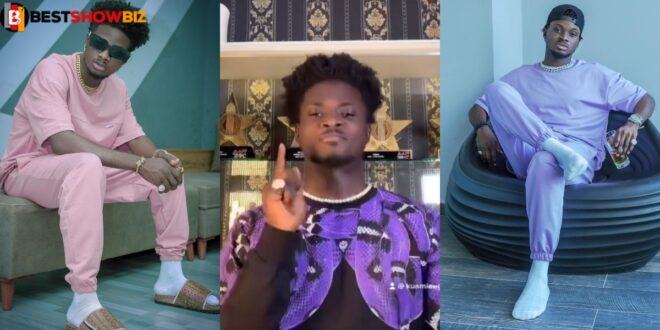 To tell the truth, the vast majority of Ghanaian musicians, with the exception of our A-list artists, have been led to believe that collaborating with international musicians is the only way to put a local musician on the international stage.

However, it appears that Kuami Eugene does not subscribe to that populist viewpoint. As a result, Kuami Eugene has rejected the claim that local musicians require international partnerships in order to get international recognition.

According to Kuami Eugene in an interview with Kojo Manuel of Y 107.9 FM, reaching the international market does not entail working with internationally renowned artists on a song. Perhaps you’ve seen Wizkid and Justin Bieber, and that’s why you have this impression.”

“However, CKay has been able to demonstrate that you do not require an international artiste,” he went on to say. In the song ‘Love Nwantiti,’ I was featured by Joe Boy; we didn’t have any foreign artists, just three local boys from Africa, and today the song is popular all over the world and is on the Billboard charts.”