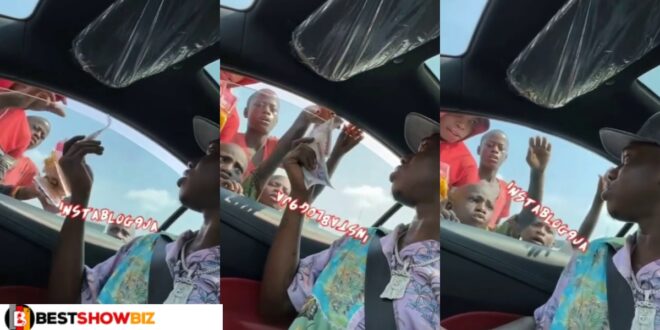 Zlatan Ibile, a Nigerian rapper, and performer was shown in a video ordering a street hawker to go work hard rather than extend his hand to get money from him.

The young and active artist decided to bless the Lagos street beggers with N500 each as they begged money from him while seated in his car.

A teenage hawker tried to collect his part of the money while Zlatan was distributing it to the beggars, but Zlatan refused.

When the kid tried to use force by reaching his hand for Zlatan to identify him in the money distribution, the singer became enraged and instructed him to go and hustle in an unfriendly tone.