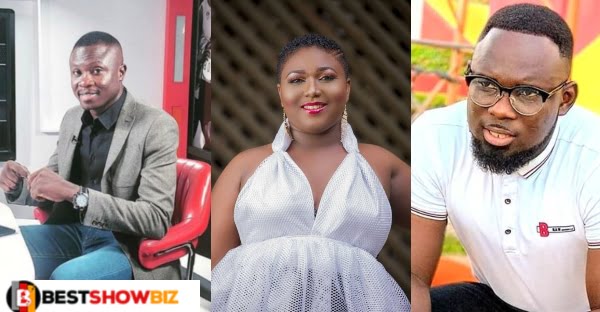 Xandy Kamel has found a way to disparage her ex-husband Kaninja after his Angel TV successor won an award.

Kaninja’s show on Angel TV has been off the air for some time now, with Saddick Adams, a well-known sportswriter, taking over as host.

At the recent SWAG Awards, Adams, often known as ‘Sports Obama,’ was named the Best Sports Journalist of the Year.

The Sports Writers’ Association of Ghana (SWAG) presented him with the prize at their recent awards ceremony.

Good morning folks! Thanks to @SWAG_Ghana for this award, as the Best Sports Journalist 2021.

Truly one of the best moments in my life. To all my colleagues in the category and all sports journalists, proud of all your superb works. Thanks to everyone for the well wishes 🙏 pic.twitter.com/KmSIU8IwLE

Xandy Kamel is overjoyed that Kaninja’s successor has been acknowledged.

She pumped him up by sharing a photo of him and saying he deserved the prize more than anybody else.

She wrote: “A huge congratulations Obama you deserve this and more @saddickadams forgetti obiaaa,”

Users on social media interpreted her message as a direct jab against Kaninja.