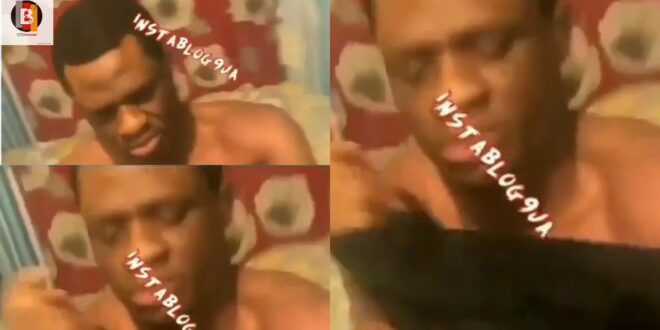 A heartbroken married man has threatened to take legal action against a young guy who was caught red-handed sleeping with his wife in his marital bed.

Video of the cheating young man sitting on the married man’s bed, getting ready to get dressed after he was caught in the unethical act has gone around the internet.

The husband of the woman who was being banged emerged and caught the duo in the act right on his bed. He subsequently recorded them which he said he would save as proof when he dragged him to the police station and the court.

Moreover, he talked about how the guy broke his bed when he bumped into them unexpectedly and a fight ensued thereafter.