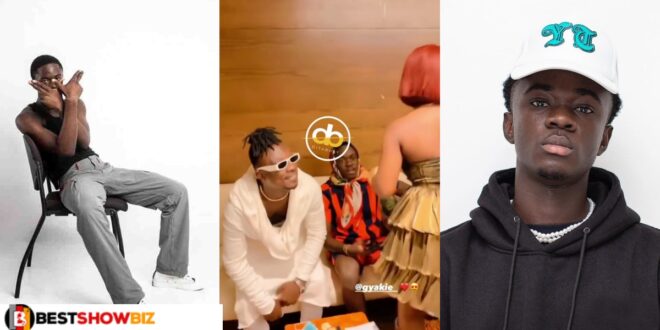 Thorsten Owusu Gyimah, better known in the entertainment world as Yaw Tog, has spoken out for the first time about a video that went viral showing him being ignored by Gyakie.

It was previously reported that Gyakie had snubbed Tog following their spectacular performance at AFRIMA 2021.

Gyakie can be seen hugging Kofi Jamar in the video while ignoring Yaw Tog, who has spread his arms to hug the female musician as well.

In the midst of the squabble, Yaw Tog has expressed his surprise at how quickly the word of his being spurned by the female singer spread.

Check out his reaction below: