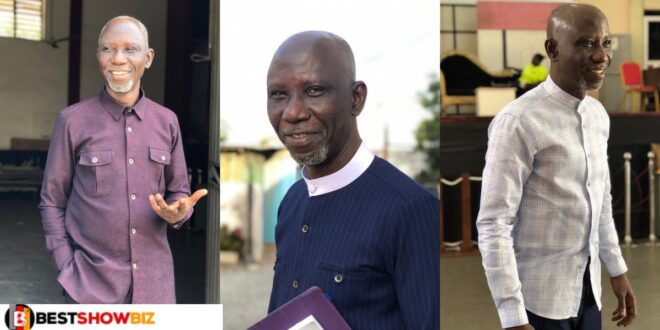 “You can’t make a man change; you can only manage him.” – Uncle Ebo Whyte advises women

Uncle Ebo Whyte, a Ghanaian playwriter, believes that no woman can alter a guy who is unwilling to change.

According to him, a woman who tries to transform a man may be going on a pointless endeavor that will almost definitely fail.

Speaking on TV3 about “Why People Decide to Stay in Abusive Relationships,” Uncle Ebo Whyte stated that the decision to change is made by a guy and that no woman should try to utilize the relationship to reform a man.

He recommended that, while a person’s attitude may change as a result of preferential treatment, a woman in a relationship cannot transform a man’s overall character overnight.

He stated the following:

“Let’s start with the fundamentals. The only person over whom you have authority is yourself. Nobody else can be modified. No! You can’t change me once we’ve fallen in love. But I do have the ability to make a change for you.”

“I’ll have to come to the realization that, you know what, I deserve better.” I’m capable of achieving better. “Because I am a better person, I can accomplish better.”

“I like women’s optimism when it comes to love.” A woman, on the other hand, constructs the house, but a guy does not. Treating him does not involve pressuring him to do anything. So there’s this huge campaign of women saying, “I’ll transform him.” No!

Read Also  Tima Kumkum blast and disgraces we!ght lose company for using her pictures without her permission to sell their products

“The concept is that you can only improve yourself, but they have the option of changing.” Individuals make their own choices. So, all of you with the savior attitude (I will save him and turn him), please retire.”