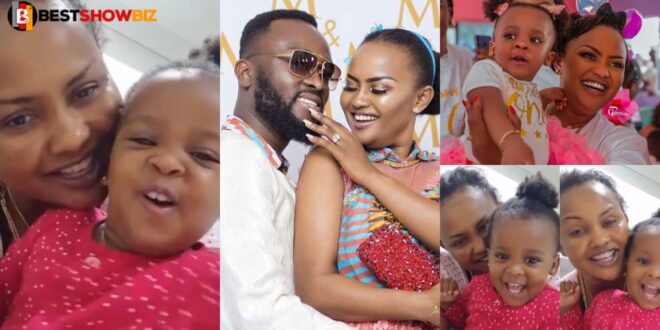 Nana Ama McBrown, a well-known Ghanaian television personality, has opened up about her childbirth struggles two years after becoming a mother.

Nana Ama Mcbrown, a guest on GHOne TV’s ‘Obranewoaa’ show, stated that no sound woman over the age of 40 is happy to stay childless.

Using herself as an example, she urged society to be sensitive when questioning elderly women with no kid needles about why they’ve never given birth.

As McBrown says, “every mother aspires to give birth, and when the child does not come, they are never pleased,” therefore others should not add to their sorrow with needles, pressure, and questioning.

She then said that when she was anxious for a kid, she had to wash her womb six times before God blessed her with Baby Maxin in 2019.

McBrown noted situations where she had to go via a facility in Koforidua, such as Komfo Anokye Teaching Hospital, Medifem, and others, for vacuum aspiration or, better still, womb cleansing.