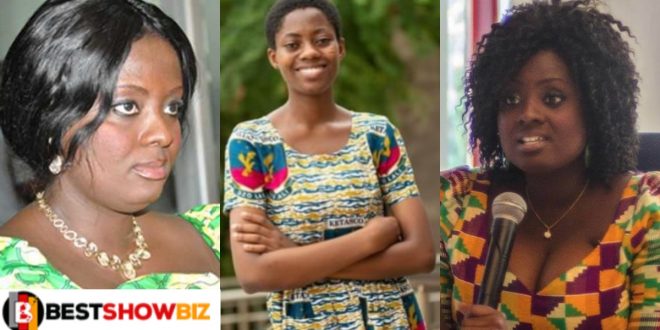 Victoria Hammah, the former Deputy Communications Minister, has voiced her unhappiness with KETASCO’s NMSQ phenomenon Francisca Lamini for declining to go to Dubai without her team.

The brilliant girl, when offered the opportunity to join champions Prempeh College on a trip to Dubai without her Team members, declined – insisting on equal treatment for her teammates.

Victoria Hammah characterized it as a betrayal on the part of Francisca Lamini, since she feels she was merely collecting the benefits of years of struggle by women.

The former minister also made a bold remark, asserting that Francisca’s refusal of the trip and subsequent demand that the same chance is extended to her colleagues would bring attacks on gender affirmative action.

“This is not heroism but an attack against Gender Affirmative Action! This “brave” girl hasn’t yet understood the world,” she said.

“She is yet to recognize that her singular celebratory experiences from the competition results from centuries of activism towards women’s liberation and that the reward wasn’t only for her but for the collective struggles of all women.

she continued that Lamini is “only benefitting from the works and struggles of women and men before her who have and continue to fight for a gender balanced society.”