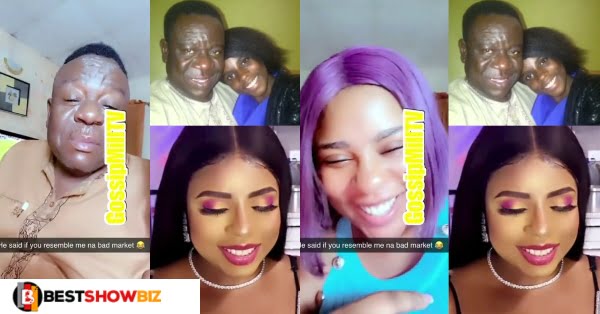 “You are lucky you did not take after my ugl!nest, it will have been bad market for you”- Mr Ibu to his daughter (video)

In a video he filmed with his lovely daughter, popular Nollywood actor John Ikechukwu Okafor, often known as Mr. Ibu, made a humorous remark.

The funny actor is well aware that he is not attractive, and has stated countless times in interviews that he is ugly.

In an interview with Punch, the comedian said that when his wife became pregnant, he prayed to God that his children wouldn’t look like him since he isn’t attractive.

In a recent self-recorded video with his lovely kid, the actor reminded her that she’s lucky she doesn’t look like him.