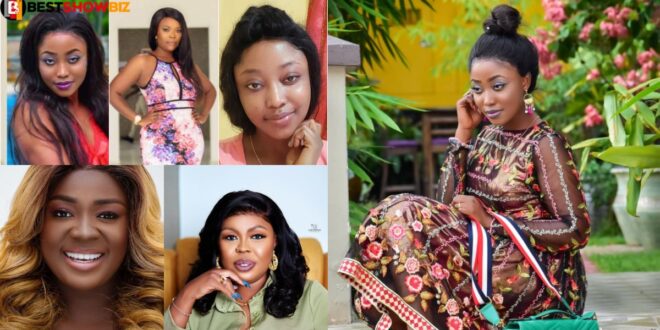 Joyce Boakye, an actress and movie producer, has launched an attack on Afia Schwar in the wake of her battle with Delay, which has been going on for the past three days.

During the video, Delay called Tracey Boakye a “borla bird,” as well as Schwar and Diamond Appiah, whom he slammed with a barrage of profanity.

Because of the overwhelming positive response to the video on social media, Afia Schwarzenegger, Tracey Boakye, and Diamond Appiah were drawn to it.

Read Also  24-year-old boyfriend k!lls his 35-year-old girlfriend for cheating on him in Obuasi - Video

Afia Schwar responded by giving it to Delay. She said that Delay had coerced Jonathan, a member of the Black Stars, into sleeping with her for free.

She further said that Delay had exploited her womb for ritual purposes, which is why she is still childless at her advanced age.

Joyce Boakye, who is a fan of Delay, has also forced her way into the fray. According to her, Delay should not be concerned about Afia Schwar because she is little more than an ant.