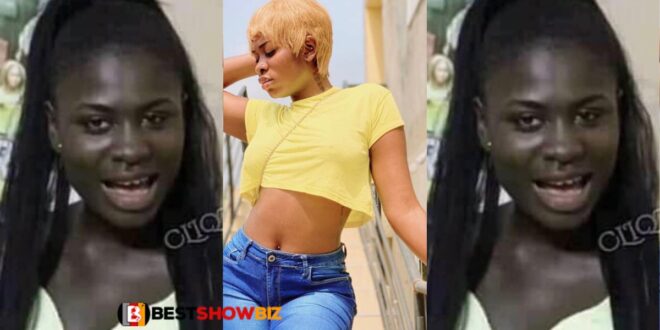 The social media user, identified as Abdul, posted a throwback photo of Yaa Jackson when she was dark-skinned and oozing all of the black pigment given to her by God, as opposed to her current bleached appearance.

The photo was published on Twitter in the form of a college, and it was clearly intended for other Twitter users to take advantage of the opportunity to harass her.

This made Yaa Jackson lose her calm when she saw the photographs and poured her venom on the guy.

in response, the actress wrote;

“You are a very big fool. What will you gain from this?”