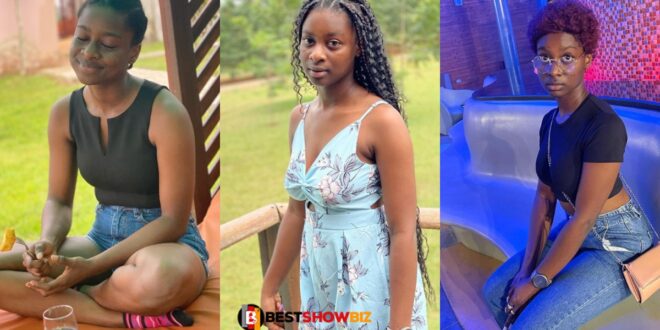 Nana Ama Ampofoa Ababio popularly know as Ariana of the renowned television series YOLO came into the limelight after she made appearance in the fifth season after the story shifted from fans’ favorite Aaron Adatsi (Cyril) to a high school student Mark Anthony.

In the series, Ariana, who was passionately in love with her junior, Mark Anthony, writes a beautiful letter to convey her feelings for him. Mark who was a member of the school’s basketball team, would rather focus all his efforts on being picked for an upcoming match than on responding to his seniors love letter.

Miss Ababio is a Methodist Girls senior high school graduate. See some gorgeous images of Ariana before and after the series in the gallery below.