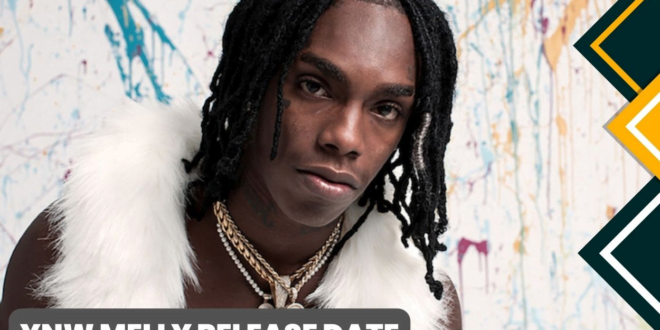 Who is YNW Melly?

Jamell Maurice Demons, better known as YNW Melly, is an American rapper and singer. His best-known songs include “Murder on My Mind,” “Mixed Personalities,” “Suicidal,” and “223’s.”

Jamell Maurice Demons is born. His mother was 14 years old when she became pregnant with him, she recalls in an official YNW Melly documentary released online in December 2018; she was in 9th grade when she gave birth.

Demons grew up with a passion for music. He describes a childhood fascination with Chris Brown and Michael Jackson in interviews and in the documentary. He also recalls an all-too-early fascination with guns, claiming that in fourth grade, he discovered a revolver under his uncle’s couch and carried it “everywhere,” including school.

Melly has an encounter with the law, which will be a recurring feature of his media coverage. The 16-year-old was charged with three counts of aggravated assault and one count of discharging a firearm in public, according to a local Florida newspaper. He is accused of firing a gun at three other students near their high school. Melly has stated that the inspiration for “Murder on My Mind” came after this incident, when he “was locked up”: “I woke up and I had that chorus.”

“Murder on My Mind,” a piano-based hip-hop murder ballad with almost-diaristic intimacy, has been uploaded to SoundCloud. Melly sings, “His body dropped down to the floor and he had teardrops in his eyes/He grabbed my hands and said he was afraid to die.” When he was around 15, he was already posting rough freestyles to SoundCloud under his birth name; by 2016, he had begun using his current rap name. His longtime friends Anthony Williams (YNW Sakchaser), Chris Thomas Jr. (YNW Juvy), and Cortlen Henry are part of the YNW crew (short for “Young N***a World,” he says, unless he’s on TV or somewhere where he can’t cuss—then it’s “Young New Wave”) (YNW Bortlen).

Christopher “Juvy” Thomas Jr. and Anthony “Sak” Williams are both murdered in a drive-by shooting after leaving a Florida studio in a Jeep Compass in the early hours of Oct. 26, 2018. After being dropped off by Melly and Bortlen, both Thomas and Williams are declared dead by emergency room doctors at Miramar Memorial Hospital at approximately 4:35 a.m. ET.

On February 13, 2019, the Miramar Police Department arrested Jamell “YNW Melly” Demons and Cortlen “YNW Bortlen” Henry and charged them with two counts of first-degree murder in the deaths of Thomas Jr. and Williams.According to the forensic evidence collected, Melly and Bortlen staged the crime scene to look like a drive-by shooting, and Melly was the gunman in both deaths. Melly entered a not guilty plea in March of 2019.

YNW Melly, a 21-year-old American rapper, has recently made headlines due to allegations that he was sentenced to death. Jamell Demons, also known as YNW Melly, was discovered to have requested a judge’s release from the Broward County Jail in Fort Lauderdale, Florida.

After a COVID-19 test at the facility came back positive, the rapper forwarded the request. Although the rapper appeared to have received treatment, he remains detained.

Although no specific date has been set, Melly’s mother, Julie, has stated that he will be released soon. Melly, she said, was supposed to be released earlier. March 2020 is most likely.

However, due to the Pandemic, this did not occur. The rapper allegedly requested his release after receiving covid while incarcerated. However, the release was denied. YNW Melly’s jail release date has not yet been announced, but he has been out of jail for quite some time.