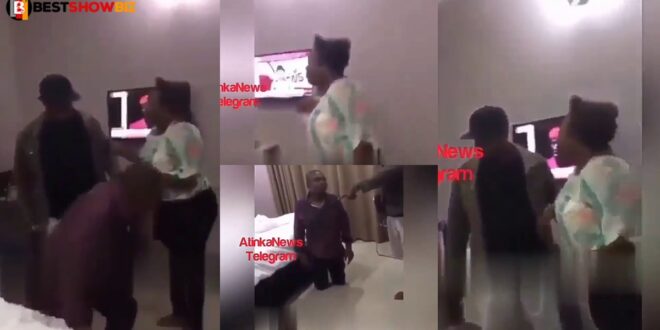 An enraged husband has found his wife in the act with her lover in a hotel room after having reason to believe she was cheating.

As a result, the husband has been suspicious that his wife is having extramarital encounters, and he has set up surveillance on her in order to prove his fears.

At long last, an informant provided him with information on his wife’s whereabouts at a hotel, and he swooped in to check the hotel.

According to a video that has appeared on the internet, the man stormed the hotel only to find his wife and her lover in a room preparing to commit the act.

On one occasion, the husband could be heard threatening the lover boy of his wife and even ordering him to come on his knees.