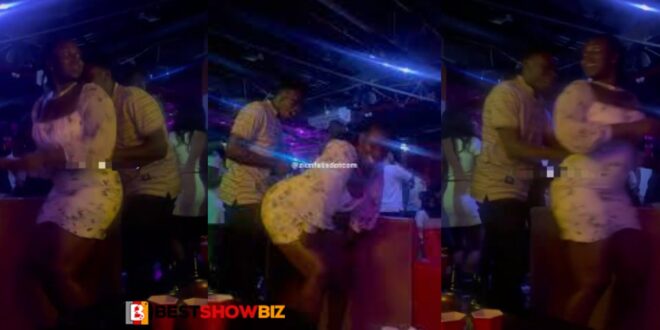 We have chanced on a viral video of a Kumasi-based actor known as 39/40 who many people are still wondering about his mood at that time.

In the video, as we sighted, the actor declined to accept a lucrative offer presented to him on a silver platter by a lady.

The actor went out with his buddies to a secret location to have fun, and everything was going swimmingly until a random girl who happened to be at the party decided to allow him to have a taste of her backside.

She appeared out of nowhere and handed the actor her bottom to grind, but he angrily pulled her away.

The actor jokingly threatened to strike her in the face when the lady tried the second time.