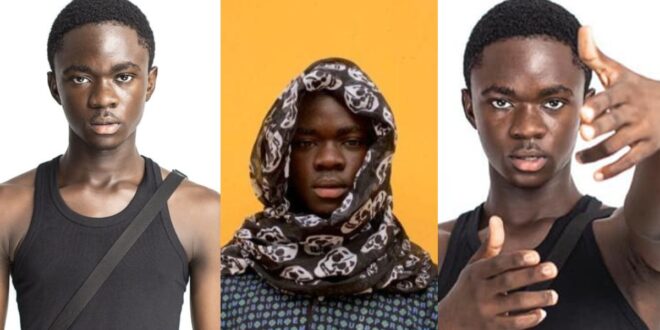 ‘ I am still a virgin, I don’t have a girl’- Yaw Tog talks about his life

Yaw Tog, a Kumerican rapper, has revealed some exclusive details about his “Sore remix” with UK rapper Stormzy, his parents’ constant advice, school life, and the Asakaa Boys’ accusations.

Yaw Tog, Kumerica’s newest drill professional musician, has released yet another record-breaking song named “Sore” remix, in which he collaborated with Stormzy and his best rapper in Ghana, Kwesi Arthur.

On the third day after its publication, the song received over 1 million views on YouTube, setting a new record in Ghanaian music.

This has prompted inquiries into how and when he met Stormzy, a multi-award-winning Ghanaian-born British rapper.

Yaw Tog clarified how he met Stormzy by saying that the UK rapper reached out to his management to join the remix after his initial “Sore” song with the Asakaa Boys became famous.

Stormzy is a heavyweight Ghanaian-UK rapper who has been courted by the likes of Sarkodie, Manifest, and other A-List rappers. This raises the question of how much Yaw Tog paid him for his verse on the “Sore remix,” but according to the Kumerican rapper, Stormzy hopped on the remix for free.

When Yaw Tog was asked about his parents’ pressure on him when he pursued his musical talent, he said that the pressure was present when he first gained an interest in football.

Yaw Tog mentioned that he was struggling with both school and football, which caused him to receive poor grades, prompting his parents to request that he quit playing football with his school and concentrate on his studies.

Yaw Tog claims that by pursuing Kwesi Arthur, he discovered another latent ability in him, to which the whole universe now attests.

Yaw Tog clarified that his parents are still making sure he does the right thing, even after making hits and getting his name listed on all social media channels and on all local and international radio and television stations. “Nana Yaw, stay focus on what you’re doing, but take care of yourself,” Yaw Tog revealed  his mother’s daily advice.

Yaw Tog, a final year student at Opoku Ware School, announced that he would release an EP this month called “Time EP” on which he will feature the Asakaa Boys on two tracks.

Intriguingly, when asked whether he arrives at events or drives across town in his own car, Yaw Tog mentioned that he still does not own a car and that he travels to shows in his manager’s car, adding that he no longer uses commercial vehicles.

Young talents have grown up to be major drug users in police custody around the world, but according to Yaw Tog, he attends church and listens to elders’ advice, so he is very cautious in his behavior.

Yaw Tog has revealed that he does not smoke, drink heavy alcohol, or use drugs, and has also claimed that he is a big time virgin because he does not have a girlfriend.

Yaw Tog, a final-year Opoku Ware School,wanted to blow after finishing his secondary school studies, but he has already got his blessings since he has become the center of attention.

Yaw Tog has promised to defy all expectations as he applies music to his studies in the hopes of passing his final WASSCE exams with flying colors.