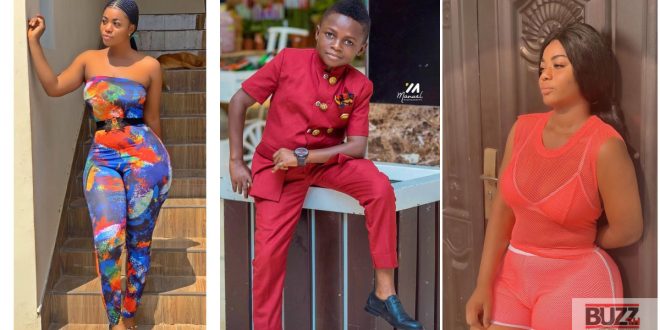 Kumawood actor Yaw Dabo’s Girlfriend Vivian Okyere seems to have dumped him as she has gotten herself a tall gentile man.

though Vivian and Dabo have been spotted severally having time together they have both denied dating rumors as they claim they are just friends.

well, from the recent post of Vivian Okyere as we sighted, she has gotten herself a tall man since Yaw Dabo is so short for her.

from our fellow up, Vivian has not actually posted a guys photo apart from this unknown guy who is taller than Dabo.

Vivian Okyere caption to the photo also draws our attention that she is moving with that tall man as she claims she has found confidence and trust in the new guy and has no fear nor worries for when heat comes, he’ll be there to keep her warm “Jeremiah 17:7-8”.

see the photo in the screenshot below;