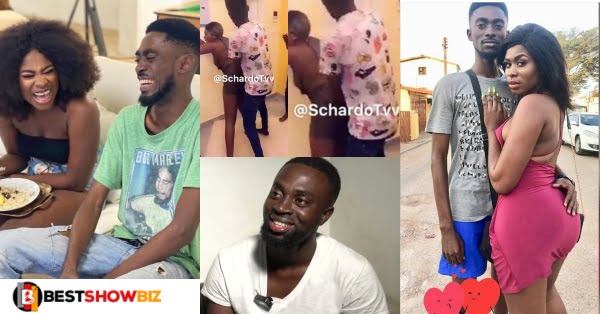 Yaa Jackson’s former manager and a Kumasi-based music producer, has revealed why Yaa Jackson has evolved into the slay queen’ we all know today.

In an interview with Zionfelix, a prominent music producer who also happens to be Yaa Jackson’s former manager said that the actress was tough to deal with since her brother was negatively influencing her.

Yaa Jackson, who recently graduated from Senior High School, has established herself as a top-notch slay queen, despite the fact that her lifestyle and attitude have been questioned by many.

According to the music producer and artist management, Yaa Jackson’s older brother Reagan Jackson is to blame for negatively influencing Yaa, resulting in her smoking shisha and having tattoos.

BELOW IS A VIDEO OF THE INTERVIEW;