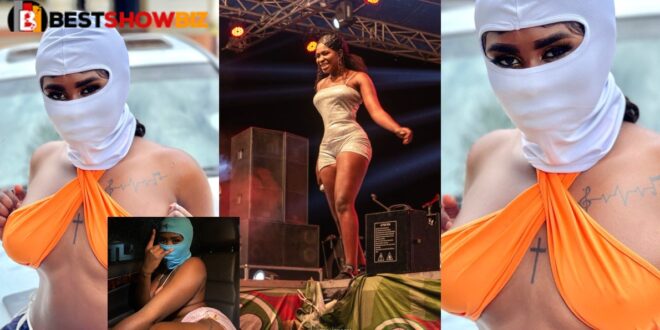 Yaa Jackson, one of Kumawood’s most talented actresses and musicians, has marked her return to social media with the unveiling of a new tattoo. Yaa Jackson had been absent from social media for some months.

Jackson’s fixation with tattoos has grown in recent months, as seen by the numerous tattoos and piercings she has received on her body in the name of fashion.

The famed diva shared a photo of herself wearing a fresh tattoo around her ‘private’ area on her Instagram account earlier today. Her latest tattoo is a series of writings.

She has a tattoo on her thigh that is long and written in little letters that are difficult to read. The tattoo stretches from her thigh to her hip area.

“You never lose real friends, you lose bitches who envy you and FW you from the start,” she captioned the photo. Take a look at the picture.