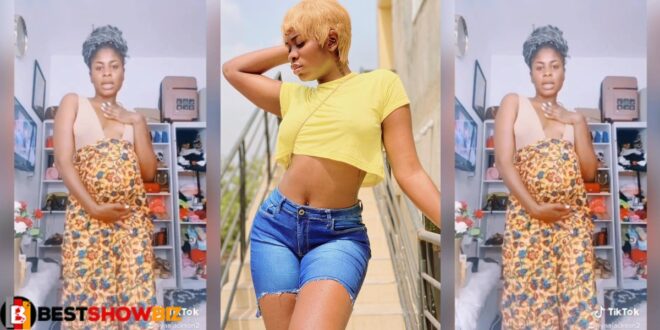 Is Yaa Jackson, an actress and musician, expecting a child? Many social media users have been asking this question since photographs of her baby belly surfaced.

Following the death of Bishop Bernard Nyarko, Yaa Jackson has been in the spotlight for becoming a born again Christian. She has already recorded her first gospel song, which is available for purchase.

Yaa Jackson is shown with a large baby belly in photos and videos made accessible to us.

It is unclear when the actress turned musician became pregnant, and the videos and photographs have taken everyone by surprise.

Who would have thought Yaa Jackson would be pregnant? No one knows since we are still delving into the rumors and speculating on the internet.

Yaa Jackson’s TikTok video with her large baby belly may be seen below.