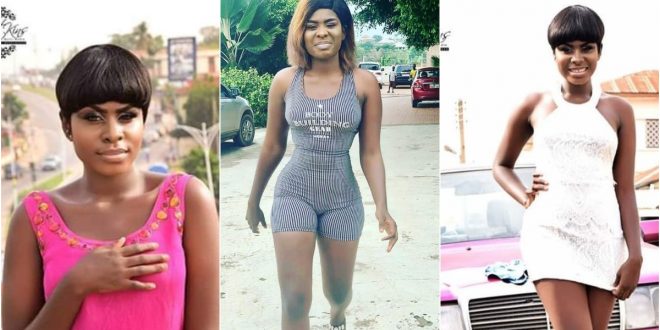 taking to Instagram, the Kumawood actress tried advertising the new video she had posted on youtube as she edged her fans to go check it out. one of her fans who felt she’s rushing with things asked her to relax and take things easy. the fan posted with the handle ‘Kennplatini’.

the fan’s advice would have been taken by the young actress, but the way he stated his view sounded as he wanted to ridicule Yaa Jackson and it got the bad side of her leading her to reply rudely.

“aden am I running in the video” Yaa Jackson replied