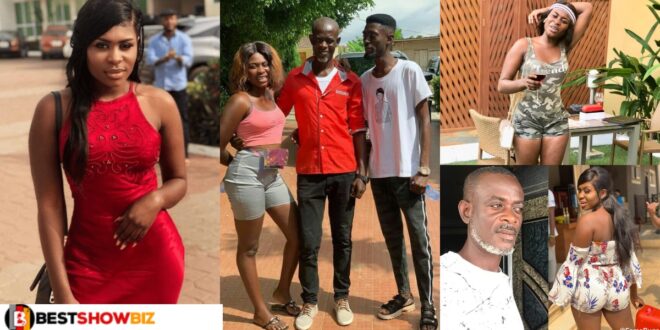 Yaa Jackson’s former manager, 925 Music, has come out with a shocking revelation about the musician, revealing that she does not respect her father.

Yaa Jackson has no respect for her father, according to 925music, who revealed this during an interview with blogger Zionfelix. Yaa Jackson behaves the way she wants in her father’s house without giving a hoot what he thinks.

He went on to say that Yaa is a very self-centered person who despises being told what to do or where to go because she is on the verge of becoming a monster.

It is claimed by 925 Music that Yaa Jackson’s older brother, Reagan Jackson, is responsible for transforming Yaa into an outspoken slay queen who has tattoos covering her entire body and is unwilling to listen to any advice.

Despite the foregoing, Yaa Jackson’s father, Mr. Jackson K. Bentum, denied that he does not discipline his daughter in an interview with Accra-based Hitz FM a few months ago.