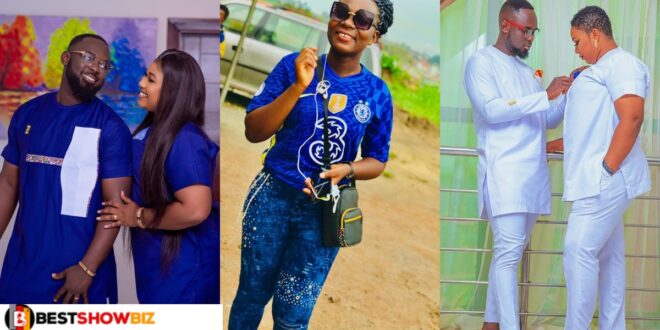 Xandy Kamel’s estranged husband continues his womanizing online in an attempt to embarrass the starlet even further.

King Kaninja continues to back up the actress’s claims that he is a serial womanizer.

Since their marriage ended, he’s made his blatant womanizing behavior public, and he doesn’t care who sees it.

Their marriage has still to be officially dissolved, so the least Kaninja could do is keep a low profile so as not to shame his wife.

However, he is unable to do so because he is always caught flirting shamelessly with women.

His discussions do not even need to be published this time because he flirts with random females on his Instagram profile.

He flirted with a lady in a snapshot he posted a few weeks ago.

He’s done it again in a new Instagram photo.

Kaninja uploaded a picture of a lady and referred to her as his weekend crush.

He tagged her photo that he shared. “My weekend crush 😘🥰 @ceciliananaamakontoh,”