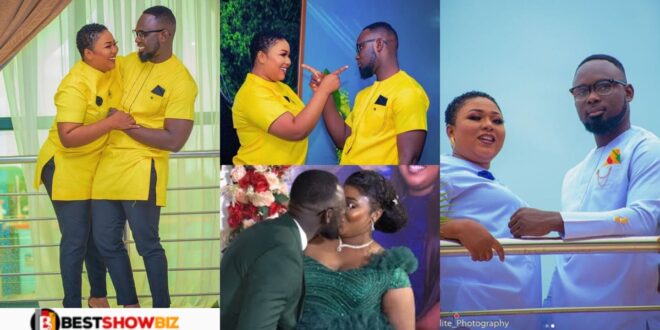 Even with the intervention of Dr. Kwaku Oteng, who is associated with a highly respected chief in the country, Kaninja and Xandy Kamel’s marriage is clearly on the rocks.

Xadny Kamel, who is now estranged from Kaninja, took to the internet a few weeks ago to cry her eyes out after revealing that Kaninja has been cheating on her with a number of girls, including his ex-girlfriend.

Kaninja’s cheating behavior was too much for the TV presenter-turned-actress to bear any longer, so she took to the internet to let the entire world know just how heinous her husband is.

Interestingly, Kaninja has not responded to any of the accusations leveled against him by Xandy Kamel, nor has he expressed any feelings about the entire situation.

However, in posts on his social media pages, he has been slamming Xandy Kamle indirectly.

Kaninja subtly described Xandy Kamel as a prostitute in a new Instagram post, which was spotted by Bestshowbiz.com.

He communicated with a scene from the popular Efiewura TV series in which another husband met the same fate as his.

He also referred to her as a prostitute after the wife’s outburst. Is this to imply that Xandy Kamel was also deceiving and cheating on him?

“Wo nso wo sa ara” was a line from a song playing in the background, implying that Xandy Kamel has done the same things she accuses him of.

Read Also  "If you want your plans to succeed, never brag about it to others"- Reno Omokri

He disabled the comments section because he knew Xandy Kamel fans would eat him alive if he had left them open.