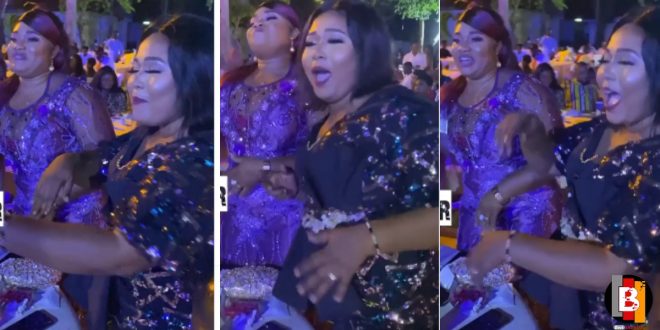 Xandy Kamel and Mama Gee, who have tagged themselves as her lookalikes, took the time to slay together at the recent Ghana Social Media, Business and Creative Arts Awards.

The two were captured as they twined up in a new video that was shot from the award scheme which was held last night at the Golden Tulip Hotel in Accra.

Xandy Kamel and the CEO of “Mama Gee Empire” were having fun; slaying to one of Akwaboah’s sings together with many attendees whilst the award was still ongoing.

The Social Media, Business and Creative Arts Awards is a new award scheme which was introduced just this year by Ellis Dennis Adjei.