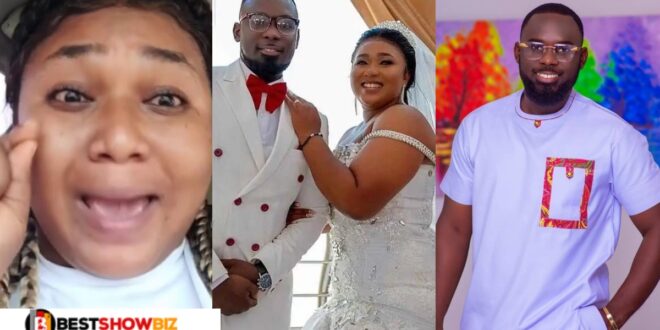 Xandy Kamel, an actress and TV program host, is still hurting from the fact that her ex-husband ditched her for his ex.

Since the two ex-lovers chose to wash their dirty linens in full view of the world, resulting in their divorce, they have both been taking subtle barbs at one another on the internet.

In a new video seen on Xandy Kamel’s Instagram page, the actress, who wants to look unconcerned but still cares, added a shade of music created by Joe Caesar to inform Kaninja that he is the one who has lost big time.

She posted all of her newly shot enticing photos just to call Kaninja’s attention to the fact that she now appears more gorgeous than when they were together.

Xandy Kamel appears to be very saddened by Kaninja’s treatment of her after she gave him the world. Her mental health has been jeopardized as a result of the agony she has been experiencing for the past few months.