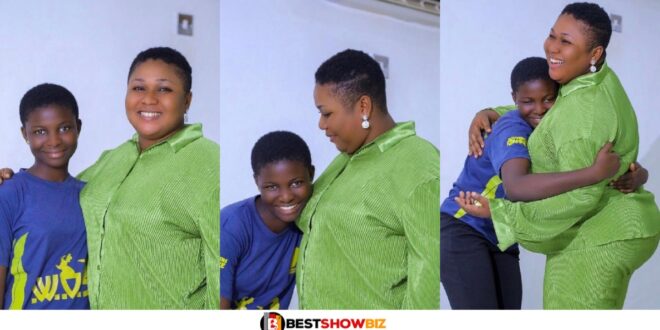 For years, Xandy Kamel tried to keep her children’s identities hidden until she shared a recent photo of herself and a young girl she revealed to be her daughter.

The TV show host was photographed hugging and posing with a girl she identified as his daughter in an Instagram post dated October 13, 2022.

She went on to say that her daughter is a die-hard fan of hers who adores her no matter what.

“My fruit. See how she hugged me like a die-hard fan. Anyway, she has been my die-hard fan. I love u baby and thanks for loving mummy regardless,” she captioned.

Xandy wore a green two-piece outfit in her post, while her daughter wore a blue t-shirt with a pair of black jeans.

It’s unclear whether the young girl was her first child, but both mother and daughter shared a bond that was visible in the photos.

On July 14, 2019, the actress shockingly revealed in an interview that she has three children but does not know who their fathers are.

“I only know I have three biological kids and six adopted kids, but I don’t know my children’s father,” she said.